What is the Best Kailh Box Switch? (Sound Test & Review)

They quality switches that sound & feel great, and their affordable.

But what is the best Kailh Box switch?

This depends on the type of switch you’re looking for (linear vs tactile vs clicky). Here are my recommended Kailh Box Switches:

What are Kailh BOX switches?

There are a few features that set “BOX” switches apart from normal Cherry MX style switches:

The “box” in Kailh Box switches actually refers to the box compartment located within the switch housing.

This tiny box has a small lid, which covers the copper actuation leaves and has a tiny colored plastic “nob” that sticks out of the box.

This box protects against dust and water, to a degree!

The goal of the shaped stems is to produce a smoother, more consistent keystroke with less wobble.

The click bar switches have a much more pleasant click sound, and generally feel a bit thicker than normal clicky switches.

The Kailh box clicky switches are hugely popular in the mechanical keyboard communities!

So while Kailh Box switches do have a few minor differences between “normal” switches, it’s worth noting that the differences in sound and feel are still pretty small! 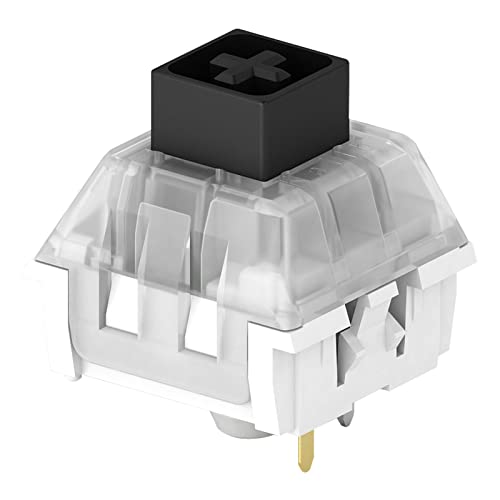 Here are the options for Kailh Box linear switches:

Out of these, the Kailh Box Blacks are the best linear box switch.

With a 60g actuation force, they’re heavier, thicker, and much deeper sounding than the Box Reds or Box Dark Yellows.

However, if you’re looking for a linear switch, we’d recommend NOT getting a Kailh Box switch!

You’d be better off with one of the following (which aren’t more expensive):

Those switches are far better than Kailh Box linear switches. 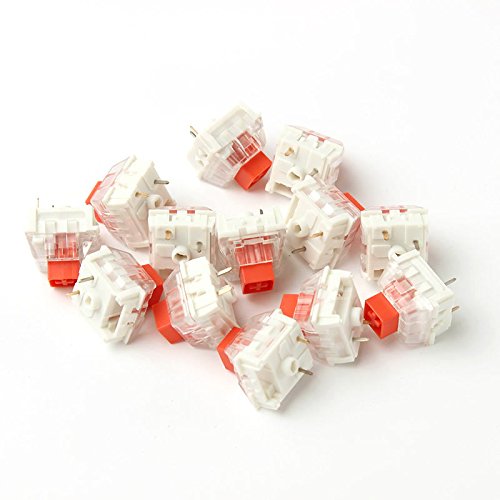 A tactile switch is one that has a small “bump” feel part of the way through the key press. This bump provides “tactile feedback” to your finger, helping you “feel” when the key has actually registered to the computer.

The Kailh Box Orange switches are the best tactile switch from Kailh, and it’s not even close!

The Box Browns (45g actuation force) feel cheap and sound scratchy. They also have a bit of stem wobble.

The Box Orange switches are MUCH heavier (60g actuation force, similar to the Box Blacks), and produce a satisfying tactile bump.

Plus, they tend to run much cheaper than other premium tactile switches (like the Drop Holy Pandas, Glorious Pandas, Boba U4T, etc).

When it comes to clicky switches, the Kailh Box switches are the best on the market. This is mostly due to the “click bar” mechanism that sounds and feel much better than standard clicky switches.

You have several Kailh Box clicky switches to choose from:

Out of all the Kailh Box clicky switches, the Jade, Pink, and Whites are my personal favorite–but they’re all best in class!

You should choose one of these based on the resistance you prefer:

There’s no “right answer.” All of the Kailh box clicky switches use the click bar mechanism, and sound and feel roughly the same. Some people prefer the Box Whites, and some the Box Jades or Box Pinks!

As you can see, the differences are small, but all of the Kailh Box clicky switches are amazing. Choose one based on the heaviness you prefer.

Conclusion: What’s the best Kailh Box switch for me?

There are several excellent mechanical switches from Kailh, and the switch you choose will come down to what type of switch you want.

That’s it! Go enjoy clacking on your Kailh box switches 🙂

Which Kailh switches are clicky?

Is Kailh Box better than Cherry?

Not necessarily. This will depend on the type of switch you’re looking for (linear, tactile, or clicky). Cherry MX Reds and MX Blacks are community favorites, and probably better than Kailh Box linear switches. However, Kailh Box tactile and clicky switches (like the Box Burnt Orange and Box Jades) are excellent switches and often preferred to Cherry MX Browns, Clears, Blues, and Greens. Click here to read more about Kailh Box vs Cherry switches.